Counter-Strike 1.6 AMD WarZone is a cs 1.6 version that maintains skin, texture and classical sounds only to solve most bugs and bring the latest updates. The Counter Strike game is still one of the most beautiful shooter games and is still very much played in World. It is still played due to its minimalist graphics and can be played on almost any PC. In this game, war is between two teams, namely terrorists and counter terrorists. Both teams have separate but also shared goals. The common goal is to eliminate all enemies. The de_dust2 map remains the most played map and in combination with the respawn mode it gives a surplus of the game. Other modes are: furien, zombie, gungame, deathrun, hns, etc. All the ways have their beauty but I still prefer the classic way because it was the first way I played.

Counter-Strike 1.6 Warzone can be downloaded quickly by simply pressing a button below and then installing it wherever you want. Downloading will take up to 5 minutes and another 2 minutes installation. Within 7 minutes you are ready to play a really nice game. Once in installed, you can connect to any server you want from the find server , but if you are an admin on a server, you can log in from the console via the connect command. If you can not find servers that you like, you can go to csservers.eu because you will find a lot of servers in all ways and in all countries. 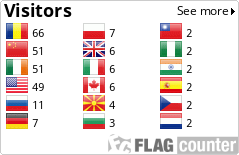